The wave counts and technicals are becoming increasingly bearish on the S&P 500. There are also many nasty astros this month of May including the Sun conj. Uranus tonight (5/5), Jupiter > Aries and Mercury Rx in Gemini on the Bradley turn May 10/11, the Sun Square Saturn and major Bradley 5/14-15 (completing a T-Square to the Saturn/Uranus square), the next lunar eclipse that same weekend, Mars conj. Neptune early on May 18, a Major Geo Bradley on the 20th combined with the Sun conj. Mercury on the 21st. Mars conj. Jupiter in Aries at the end of the month.

This is looking more and more like the COVID crash, but more war like. A panic wave is due into May 6th which could be FED related, at least partially, but the signatures of war this month are hard to ignore. 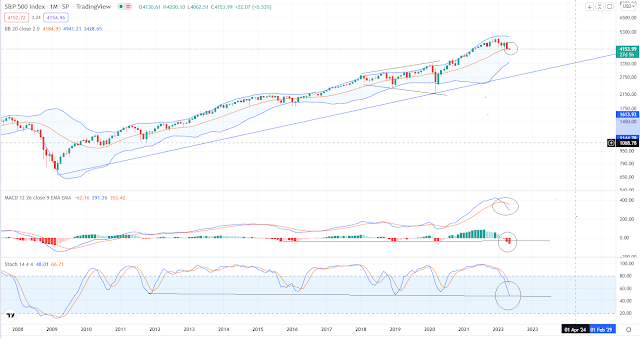 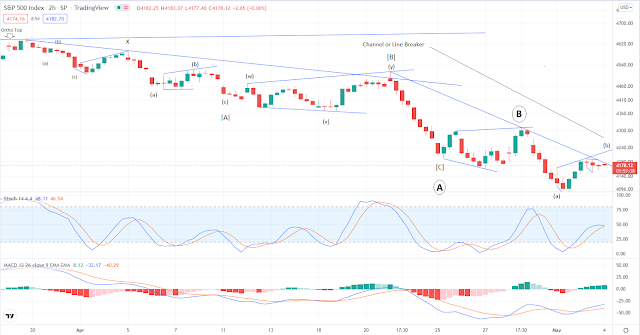 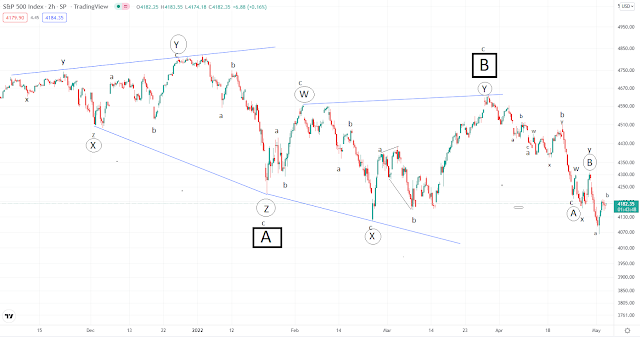